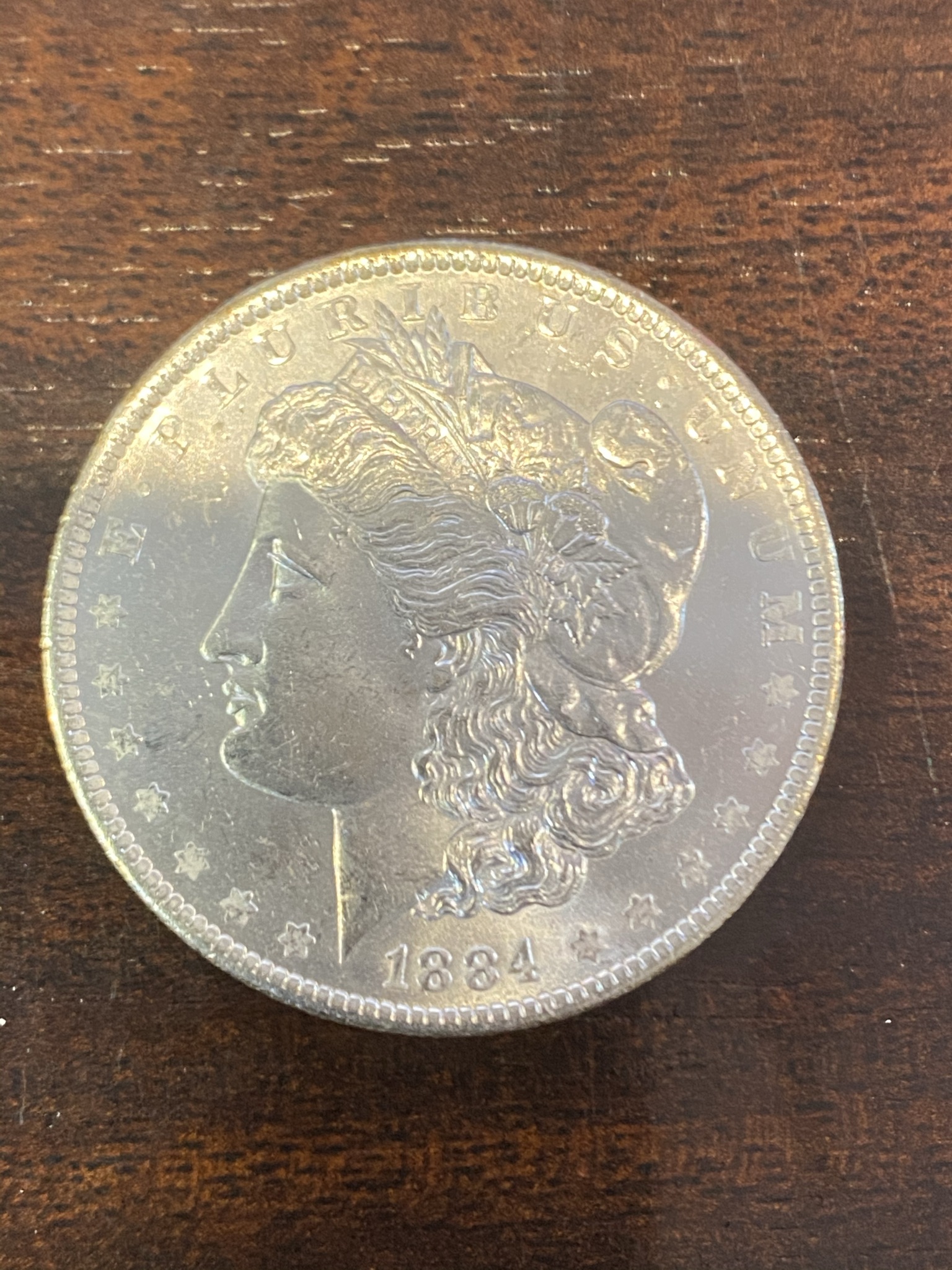 This Morgan Dollar was minted in 1884.  The year the first important silver discovery was made in the Coer d’Alene mining district.  It has never been circulated.

In 1884, the Tiger Poorman mine located in Burke canyon and became the first important producer of silver in this district.  This area has always been an important silver producing area of the United States.

In 1884, Ore-or-no-Go mine in Burke canyon.  Later it became an integral part of the Hecla Mining Company, which today is the largest silver producer in the United States.

The Frisco mine in Burke Canyon, and the Gold Hunter and Morning lodes at Mullan, also were located in 1884, and all three later became important producers.

In 1884 Wyatt Earp and hs two younger brothers came to the Murray Eagle area with a substantial stake.